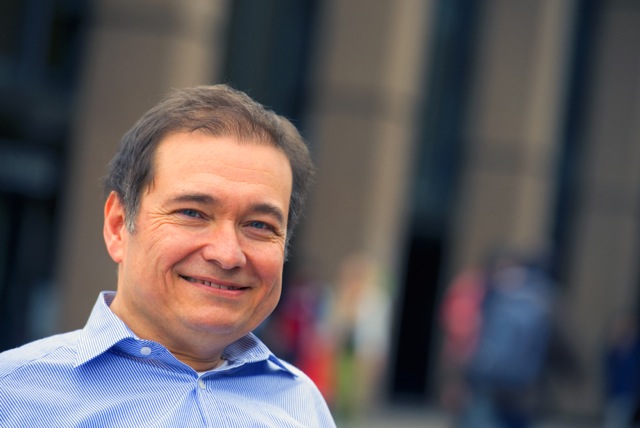 Onur Güntürkün’s Talk about Extinction Learning with Stern Magazine (A01)

We are very happy to present to you the great press article in the new Stern magazine with our SFB spokesperson Onur Güntürkün, in which he talks about forgetting.

Biopsychologist Onur Güntürkün explains why our brain is constantly erasing content and how we can use forgetting to better manage fears and pain.

0nur Güntürkün, 60, was born in lzmir and came to Germany as a child with his family to have his polio treated. The psychologist is particularly interested in the neurobiological basics of behavior. He conducted research in Paris, San Diego and lzmir, is a member of the National Academy of Sciences, a Leibniz Prize winner and heads the Institute for Cognitive Neuroscience at the Ruhr University in Bochum. Since 2017, he has also been the spokesperson of the Collaborative Research Center “Extinction Learning”, which deals with learning to learn and retraining.

Mr. Güntürkün, have you forgotten anything today?

Yes, of course, unfortunately a lot. For example, I couldn’t spontaneously tell you what I worked on today between nine and ten o’clock without reconstructing it with many other details. I also remember that my wife was wearing jeans this morning, and when I tell you this, it reminds me that yesterday it was a skirt. But – I must never tell my wife – I forgot what the skirt looked like. That may seem rude, but frankly we have to be glad that we can forget.

Why should we be grateful for our miserable memory?

Because the amount of information that flows into us every second is beyond anything our brain can process. Most of what we see, hear, feel, rushes through our brain without leaving a trace. It is immediately filtered away. We can call this fact forgotten, but actually the information has never been deeply processed. What we call memory is the result of many filtering processes and then goes into the usual signs of wear and tear.

No, forgetting can of course be an incredibly annoying thing. In the past, for example, I could listen to lectures and still understand the contents relatively well after ten years. Today I have to have a notebook with me and write it down, otherwise the new knowledge disappears quickly. That annoys me. It is so impractical to wear glasses. And then there is something completely different: who wouldn’t be afraid of dementia? It is one of the primeval fears of modern man. Remembering nothing is a terrible condition.

When we talk about memory, we often use metaphors like hard disk, archive, library. Behind this is the idea that memory is a place where something can be stored forever, and that remembering means finding the way to that place. Are these images outdated?

They are mistaken in that they suggest immutability and stability. That is wrong. The brain is not a computer, but a living organ subject to constant processes of change. Every time we awaken a memory, it is in danger. Because the moment we activate it, it is flexible. Plastic. Formable. And we are ready to change it. De facto even to delete it. Forgetting is therefore an almost more powerful process than learning, and that’s why I find it so exciting. It frightens us when it becomes pathological, at the same time its usefulness is often ignored at all.

If everything in the brain is constantly in motion, how do we even grasp a clear thought?

Among other things, by deleting certain memory contents. This is important in order to build up so-called principal or categorical memories. If, for example, you think of your mother, your first boyfriend or girlfriend, or your living room, then you form principle memories, categories. You do not store the tiny daily variations in your mother’s face, nor the light that falls differently into your living room every day, nor the armchair that is never exactly in the same place – all this will not remain in your memory, but the basic memory will be permanently updated. Without creating categories, we would drown in a flood of Deja-vus. We would constantly see our sofa in the living room during the day and would always say, ah, I have seen this sofa before.

Conversely, can we add details to our memories that never really happened?

This often happens in everyday life. Just think of the way old people talk about their childhood. The number of great childhoods, if you believe them, is inflationary. They were always smarter and more diligent in their memories than the youth today and have always known everything. Somehow something cannot be right. We enrich memories with our present knowledge. This happens without evil will.

So we are masters of self-deception?

We only have interpreted memories of our lives and are prepared to gloss over some things. Do you remember, for example, what you thought about the GDR and the Wall in the mid-1980s?

I thought the German division was normal and will always exist.

That’s the way it went for the great majority of Germans. You perceived the division and the Wall as something that will not change in your life. Most of them thought: I will die, but the Wall will still be there. This knowledge about the Wall is encoded in various neural circuits, the barbed wire, the watchtowers, the feelings we associate with all this. If you remember the wall today, these old neural connections are flexible again. At the same time another network of neurons is active, the one in which you have stored your new knowledge – the wall is gone. Both circuits are active at the same time. Then a synaptic connection can be established between them. You think that the wall has disappeared after all and you remember it disappearing. The combination of current and old knowledge is simultaneously active and forms a new trace of memory that supplements or replaces the old trace. Thus the old memory is stored again in such a way that it is extended a little bit by this new one. And in five years you will belong to those people in Germany who say: I knew it back then: the Wall won’t last forever. Back then I told my friend Cem, and he declared me crazy.

If our brain is so susceptible to whispers and manipulations, is it even possible to distinguish between false and true memories?

Yes, in principle. But we have to create an awareness of how fragile memories are. If we better understand these mechanisms of remembering and forgetting, we are less at risk. We know that people can be persuaded to have false memories, such as crimes. These acts are then in the brain, they are represented by neurons. The catastrophic thing about false memories is that innocent people can go to prison because witnesses report things that never happened. Without the witnesses willingly lying.

On the other hand, victims are quickly accused of imagining and fantasizing an act. Is there a way out?

Police work has improved since the big debates about false memories. You can’t solve the problem, but you can make it smaller.

If our brain is so good at forgetting, can we use it to specifically erase fears or agonizing thoughts?

This is done in clinical psychology. Suppose you were attacked on the way to work, you got away with life, but now you’re afraid that it will happen again. You are trying to avoid memory. You take a different path. But you pass a corner similar to the one where this guy attacked you. At some point you don’t take a path anymore, you do home office. At some point you are afraid to go out into the street. At some point your life will only be dark. We have to find a way to control your memory.

In classical confrontation therapy, you try to get patients to walk down this path until they are no longer afraid. Your expectation – here I am attacked – proves to be wrong again and again, and because of this experience the brain rebuilds itself. The fear-producing neurons are inhibited. The fear is still somewhere in the brain, but it is decoupled, they don’t feel it anymore.

Such a therapy usually takes time. Could there one day be a forgetting pill that you take and the fear will disappear in an hour?

Medication alone is almost useless. However, I believe that the combination of behavioural therapy and psychotropic drugs can improve the success of treatments in the future. But these psychotropic drugs have to be very targeted. The therapist can bring back certain memories in the patient. If the therapist then knows which neuron groups are involved and which pharmacological active substance he can use to respond to their changeability, then he increases the patient’s ability to remember.

That sounds like science fiction. And would it be desirable at all? We’d start fumbling around in people’s brains.

We could help millions of people. Our brain is a thought machine, all thinking is based on the associations we have acquired in the course of our lives. Also fears. If we understand these associations both neurobiologically and psychologically and this combination gives us the power for a new approach, that gives me hope. Pain patients could also be helped better in this way. There is also the fear of pain.

You came to Germany from Turkey as a child so that your polio could be treated with new methods. What is your first memory of Germany?

I remember exactly which were the first sentences I heard in German. When my father told my sister and me that we were moving to Germany, she asked: ,,But how can that work, they don’t speak Turkish there, how does that other language sound?‘‘ And my father began to sing: ,,The thoughts are free.‘‘ He had learned German at the grammar school in Izmir, and he could still remember this folk song. That was beautiful. You can’t start a language better.

As a brain researcher, would you agree with the poet of the folk song? Are thoughts really free?

Of course not. But we humans are not as unfree as some of my neuroscientific colleagues think. When we think of freedom, we always think either of ultimate freedom or of complete slavery, where my thoughts are predestined. Neither one nor the other applies from my point of view. I cannot be completely free, because my brain is already genetically wired in such a way that there are certain ways of thinking and wanting that are prototypical for us humans. Tastes are not free. I am born to think that sugar is good. Unfortunately, I am also born to think that fat is good. If we were ultimately free, there would be no overweight person. There wouldn’t be the problem of one’s weaker self before sport. This means that we are not completely free. We are a biological body that has a highly intelligent biological organ called the brain.

Where is the freedom?

Our thinking can never be completely predetermined, because nerve cells that are integrated into an active neuronal network do not work strictly deterministically. In addition, the brain is a learning machine. It begins to learn even before we are born. It takes behavioral parameters from the environment that lead people to do things that are biological nonsense, such as living celibately. We have to get along with the difficult situation that we are not free, but not unfree either. We move somewhere in between. Our life takes place in this grey area.