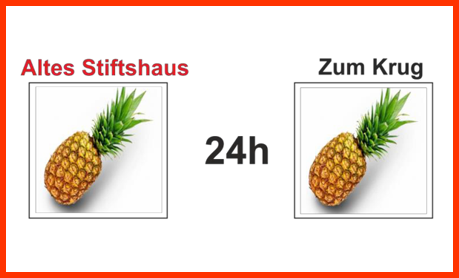 Julian was excited whether his request would be granted. He has been interested in the idea behind this planned study for a long time now. Years ago he allready received a small grant from the Extinction Group for a precursor of this study and is now keen to develop his very first idea for extinction. Congratulations on approval! That’s how he explains his study plan:

Extinction learning paradigms are classically divided into separate phases that take place on several consecutive days (Hamacher-Dang et al., 2013). The rationale behind this separation of acquisition, extinction and a subsequent test of the extinction memory trace under various conditions is the idea that the acquired knowledge has to be consolidated before retrieval. Memory consolidation is classically associated with the necessity of protein synthesis which requires at least several hours to occur (McKenzie & Eichenbaum, 2011, Nader & Einarsson, 2010). However, this notion of memory consolidation might be too exclusive as it does not consider memory consolidation based on immediate synaptic changes. The primary objective of this study is to compare the effects of renewal with and without a time interval in between to disentangle the importance of protein synthesis based memory consolidation for the occurrence and strength of the renewal effect. This project has major implications within the scope of the current SFB 1280 as several projects rely on the absence of a passed time window before testing for the renewal effect. If this study could provide evidence that the necessity of this passage of time is not a requirement for the existence of the renewal effect, several projects could use that data to support their chosen experimental approach. The secondary objective of this study is to compare the aforementioned potential effects of memory consolidation between pigeons and humans. Given the comparative nature of many projects in the SFB 1280 using animal models, this study could also provide support for these approaches if the effects of passed time on renewal turn out to be similar in both species.

The SFB 1280 has set up a budget for the realization of its young researchers’ own research ideas. With the “treasure chest” we finance convincing and independent study concepts of young scientists.